Frazier's was founded in 1964 by Frank J. Frazier who purchased the former Home Appliance Store from the late Earl Sheets of Logan. At that time, the store was located at 480 W. Hunter St. Through the years, the store has continued to be a family-owned and operated business.

The elder Frazier's association with the store first began in 1958 after he took a home study course in electronics, then began working for Sheets the following year as a television technician. Frank Frazier also operated a small repair shop in his garage at home to help support his wife, Rosalie, and their seven children.

In 1974, Mr. Frazier moved his business from its original location to a larger, more modern facility on Lake Logan Road. That same year, his son Dan began working full time as the store's appliance and service technician. The following year another son, David, joined the firm. David was named manager in 1978, when his father stepped aside to go into the ministry.

Along with Frazier family members, David commented about all their associates; "We've appreciated the past dedication of all of the other quality people who have worked here over the years". He continued, "We're a family business and when people come in here, we're going to give them quality."

Not only is their family name at stake in the service and goods they provide, but they also strive to honor a higher authority in all their business practices. "We feel strongly about our faith in God and this is a Christian organization. We believe in good old fashioned service." 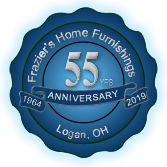 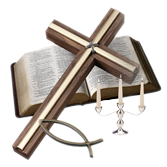